What does the change in taxonomy of the genus Lactobacillus imply? 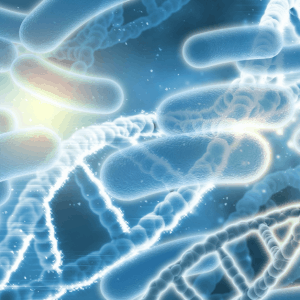 After several years of work and discussion, the taxonomy of the genus Lactobacillus is modified. This change will have many economic, scientific and regulatory consequences.

Why is the Lactobacillus taxonomy changing?

What is taxonomy? This is the science that classifies, groups and names living organisms.

Lactobacilli were first described in 1901 with Lactobacillus delbrueckii, an essential species for the yogurt production. Over time, thanks to new methods of genetic sequencing, more than 260 different species of Lactobacilli have been identified.

The accepted normal diversity being exceeded, it is no longer possible to reasonably and coherently group these species because of the great heterogeneity that this generates. Reclassification is necessary. Lactobacilli are now limited to only 35 species according to the International Journal of Systematic and Evolutionary Microbiology (IJSEM) publication dated April 15, 2002. The rest were dispersed and grouped into 23 new smaller genus. This reclassification work was titanic!

All these new genus:

The University of Alberta created a very useful tool for finding new genus names from old ones (http://lactobacillus.ualberta.ca/).

What are the different challenges of this taxonomy modification?

Considerable work is to be considered for companies working in probiotics and authorities as well. Indeed, this reclassification leads to an update of the various documents by the manufacturers (labeling, packaging, websites, technical / quality / commercial documents…).

EFSA, Santé Canada and the FDA will now use the new names in their publications and communications, including for positive lists.

Scientific research and patent applications will have to take these new names into account. During bibliographic searches, it will be important to look for publications with new but also old names of genus.

Internal and external communication will also be greatly impacted. It will be a key step in order to provide the information necessary for understanding whether it is with laboratories, healthcare professionals, consumers or regulatory authorities. For example, by linking clinical trials using the old genus name with a product containing the probiotic with the new name.

This large-scale work is an important change in the history of probiotic bacteria. And that is just the beginning. Applicable on a global scale, all the parties concerned will have to demonstrate adaptability and pedagogy in order to understand, and make understood this new taxonomy. Although it is not enforceable, it is strongly encouraged.