The intestinal microbiota: related to malnutrition? 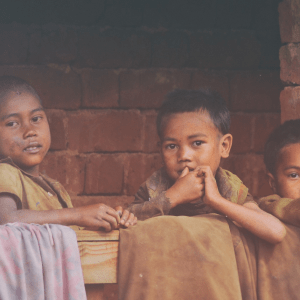 Many bacteria are housed in our intestines, essential to the functioning of the organism and the maintenance of the health. In particular, they have proved their beneficial effects in the context of digestion. Indeed, these bacteria degrade food in nutrients in order to make them usable by our body, essential to the growth of a living being. The microbiota could therefore be an important part in the overall growth process.

According to the World Health Organization, more than 155 million children under 5 years old were stunted growth due to malnutrition in 2016.

In case of chronic malnutrition, the gut microbiota is altered: pathogenic bacteria settle in the intestines at the expense of beneficial bacteria. This phenomenon is named dysbiosis. Food is less well metabolized, which would reinforce stunting.

To understand and limit the undernutrition impact, preclinical studies have been conducted on mice.

In a first study, stool samples were collected from healthy or malnourished Malawi neonates. These samples were transplanted (faecal transplant) into axenic mice, meaning bacteria free. Then, they were fed with food commonly given to Malawi children. The results showed encouraging prospects: mice that received the microbiota from well-nourished children developed better than those colonized by the microbiota of malnourished children (size gain and bone growth). A subsequent transplantation of the microbiota from healthy mice would have allowed mice with an altered microbiota to restore normal growth. Although this study is only at a preclinical stage, it nevertheless suggests that the consumption of certain bacteria by malnourished children could improve their health status. A second study showed the effects of Lactobacillus plantarum on mice under standard diet or chronic undernutrition compared to axenic mice or monocolonized by other bacteria. Mice monocolonized by L. plantarum gained more weight and developed better than other mice. And this just as effectively as mice with a complex microbiota. Some probiotics might therefore be able to promote postnatal growth.

These results are promising. Clinical trials could be considered, linking conventional nutrition approaches with supplementation with specific probiotics.