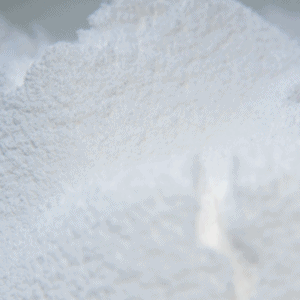 Titanium dioxide is currently a very controversial ingredient. Its use should be banned in France by January 1st 2020. Indeed, it would present a risk for the consumer safety.

One of the consequences of its ingestion would be an alteration of the intestinal microbiota. E171 has a deleterious effect on the bacterial activity and the intestinal ecosystem balance (dysbiosis), potentially favoring inflammatory diseases or colorectal cancer in humans.

In order to prove it, researchers from University of Sydney conducted a trial on mice. They incorporate titanium dioxide into their drink. Their observations led them to several remarks . It turns out that this additive interacts with the intestinal microbiota. According to co-author Laurence Macia, it would not act on the flora composition but rather on the bacterial activity. In addition, it would also promote their growth in a undesirable biofilm form. This microbiota-specialized immunologist also added that biofilm formation is usually reported in diseases as colorectal cancer. In addition, the researchers also observed a decrease in the expression of the mucin coding gene, a molecule constituting the intestinal mucus. This is further proof that titanium dioxide would alter the intestinal ecosystem balance.

Wojciech Chrzanowski, expert in nanotoxicology and co-author, completes the words of Laurence Macia: “This study presents pivotal evidence that consumption of food containing food additive E171 (titanium dioxide) affects gut microbiota as well as inflammation in the gut, which could lead to diseases such as inflammatory bowel diseases and colorectal cancer”.

Titanium dioxide is therefore an additive potentially harmful to our health. Further studies should lead to a definitive conclusion about its dangerousness, although these results are already very unfavorable.