Modify the skin microbiota to repel mosquitoes, is it possible? 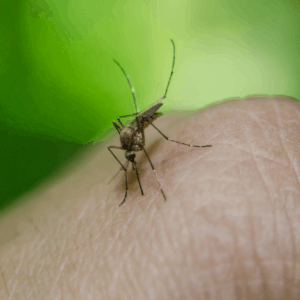 In any case, this is what the US army wants to do in order to protect their soldiers. Darpa (Defense Advanced Research Projects Agency) has launched a new program, named ReVector, to find ways to reduce or even eliminate the risk of transmitting diseases caused by mosquitoes.

Mosquitoes, these vectors of diseases

Indeed, these insects (including Aedes, Anopheles and Culex) are vectors of potentially lethal diseases such as malaria, dengue fever, the Murray Valley or Japanese encephalitis. These pathologies represent a great threat for troops deployed abroad.

A new approach to repel mosquitoes: modification of the cutaneous microbiota

Why not just use repellents, drugs or mosquito nets?! Because their effects are insufficient or cause undesirable side effects.

Darpa relies on a new approach and this requires a skin microbiota modification. You must know that mosquitoes are sensitive to odors released by bacteria and fungi present on the surface of our skin. They are therefore more or less attracted to an individual according to its microbiota. To set up the program, scientists should identify microorganisms able to keep away mosquitoes and then find strategies for them to constitute the majority of the skin microbiota. Several possibilities are evoked such as the use of pre– or probiotics in order to add new microorganisms or feed those already present on the skin; or the manufacture of new microbes to act directly on mosquitoes. This last point would be a real challenge because it is very complicated to put in place: genes do not regulate a single function.

A long journey to reach this goal

To achieve this goal of universal treatment, a long journey awaits the Darpa:

4 years is the goal that Darpa has set to complete the research, including 18 months of in vitro studies, 18 months of preclinical studies and 12 months of clinical trials.

In other words, this discovery could be highly appreciated by many people!