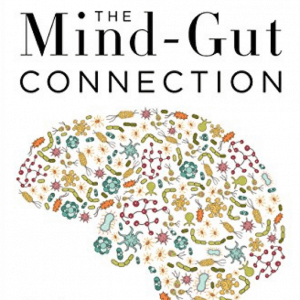 In his latest book, “The Mind-Gut Connection,” Emeran Mayer MD, a gastroenterologist and professor at the University of California at Los Angeles (UCLA), denounces the traditional mechanistic and martial approach to treating the disease, which consists of repair the damaged part without looking at the body as a whole and without knowing its origin.

Already at the medical school, Emeran Mayer was not convinced by this traditional approach of medicine and it was during his third year he wanted to study how the brain interacts with the body in the hope of better understanding some diseases especially chronic diseases whose functioning and treatment remain unclear.

The author gives us step by step the various ways in which the brain and the intestine communicate by highlighting the latest scientific data on the main role of the gut microbiota and by illustrating his remarks of cases encountered in his consulting room. We discover that events that occur early in life have a significant impact on the gut-brain dialogue, that our gut microbiota influences our emotions but also that the diet has a real impact on the health of our microbiota and thus on the connection between the gut and the brain.

In this book, Emeran Mayer, through a judicious mix of scientific data and clinical cases, upsets popular thinking by showing how to use the gut-brain relationship to take care of one’s health and listen to one’s body. A book lived as comforting and full of hope for people suffering from chronic diseases.